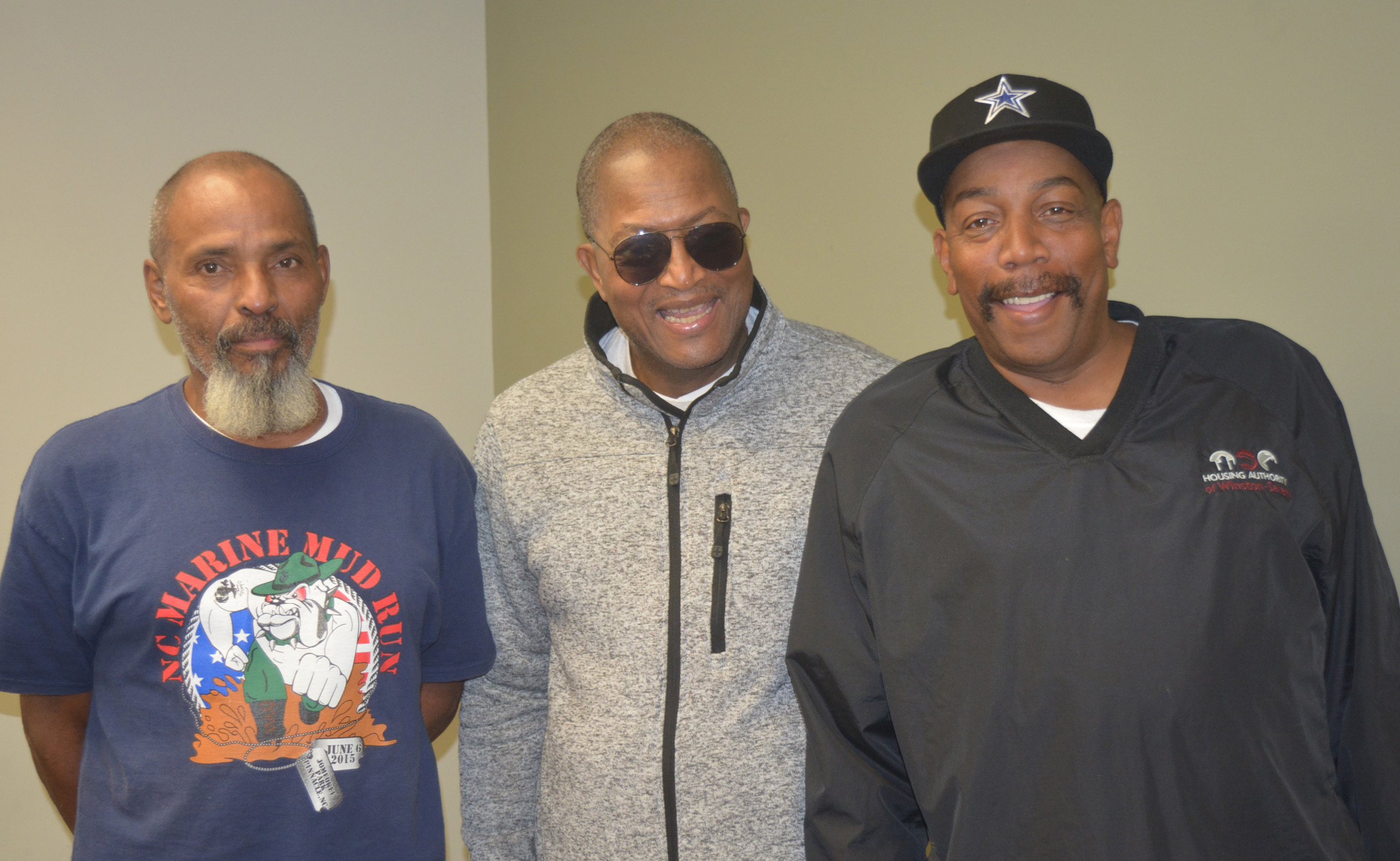 Henry Steptoe has mostly good memories of his three years of active duty in the Marine Corps. Given his strict upbringing, his service as a military police officer fit him well, he jokes.

But it was also during that time that he was introduced to alcohol. “I didn’t know then that it would have me tied up for 30 years,” he said. “I’m five years clean now. It was Veterans Helping Veterans Heal that referred me to Habitat.”

Through Habitat’s Veterans Homeownership Program, Steptoe was able to qualify for a Habitat home. Like other Habitat families, he was required to spend 300 hours volunteering on build sites and taking a range of classes on homeownership, budgeting and finance, maintenance and home repairs. He was so enthusiastic that he exceeded the requirement by 64 hours.

In August, Steptoe became one of the first four Habitat homeowners in the Bowen Park neighborhood, the focus of the United Way Place Matters Initiative. At his home dedication, he was honored for serving during the Vietnam War era, receiving a special pin from the Col. Joseph Winston Chapter of the Daughters of the American Revolution.

Steptoe says his involvement with Habitat is far from over. “I still like to go out and participate. Now it’s out of gratitude and giving back. Habitat is going to be a lifelong thing for me.”

He and several other veteran homeowners are now helping Habitat spread the word about its special programs for veterans. Habitat Forsyth recently became one of 100 affiliates nationwide participating in the Veterans Build program, which helps veterans who qualify become Habitat homeowners, and provides home repairs for veterans who already own homes but are unable to afford necessary improvements.

Owning a Habitat house has been a life-changing experience, said Garry Teel, a Navy veteran who moved into his home in 2014 after years of living in substandard apartments. “We were paying more in rent than we pay for our mortgage now. I’m so thankful to have my own driveway. My experience has been wonderful. I recommend Habitat to a lot of people. Some of them say, ‘Oh, I probably won’t qualify.’ I tell them to at least go over there and TRY.”

Teel served as a Navy quartermaster for three years. Several years ago, he and his wife tried to buy a house through another local nonprofit program, but after two years, their efforts had not resulted in homeownership. He had just about given up hope, he said, “when my wife said, ‘Let’s try Habitat.’” They visited a friend who lived in a Habitat house and decided to apply for one of their own. Even as the couple worked through attending the classes and earning their volunteer hours, “I didn’t really believe it would happen — all the way up until the day we signed the papers,” Teel said.

Tom Ford, who served in the Army from 1966 to 1968, said his experience with Habitat has been a blessing. “Everybody I’ve met at Habitat is professional and personable. They didn’t stand around boasting. They just DID things. If you met the criteria and did what you were asked to do, they did everything they said they would do. When I’m around Habitat, I feel that I’m rubbing elbows with Christ.”

Ford, who received his Habitat home in 2010, has mixed feelings about his time as an Army training officer. “I wasn’t sent to Vietnam, but it was my job to get soldiers ready to go,” he said. “I pray that I did a good job. Many of them didn’t come home. That is something I have had to deal with over the years.”

Tiffany Smith served two years as a military police officer in the Air Force and two years in the National Guard before receiving a medical discharge. She said her experience in the service was positive – but her seven years of renting an apartment afterward was less than ideal. “In seven years, we had eight different apartment managers. I was looking at renting a house, but actually owning one was far from my mind.” Smith learned of the Habitat veterans program from Kismet Loftin-Bell, a Habitat board member, and decided to apply. She earned her volunteer hours on construction sites and by working in the Habitat ReStore.

Smith and her daughter Aaliyah, 5, moved into their Habitat home this past spring. “It’s so nice to say this is MINE,” she said. “There’s no one living above me or below me, and I like having a yard for my daughter to play in. … I tell others they should definitely go for a Habitat house. Be prepared to work for it. I enjoyed being able to work on my own home, and learning every aspect of building a house.”

Veterans who wish to find out if they qualify for the homeownership or repair programs should contact Habitat’s Family Services Coordinator at 336.765.8854 or send an e-mail to fscoordinator@habitatforsyth.org. Those interested in volunteering to help build or repair a veteran’s house can sign up at habitatforsyth.volunteerhub.com.