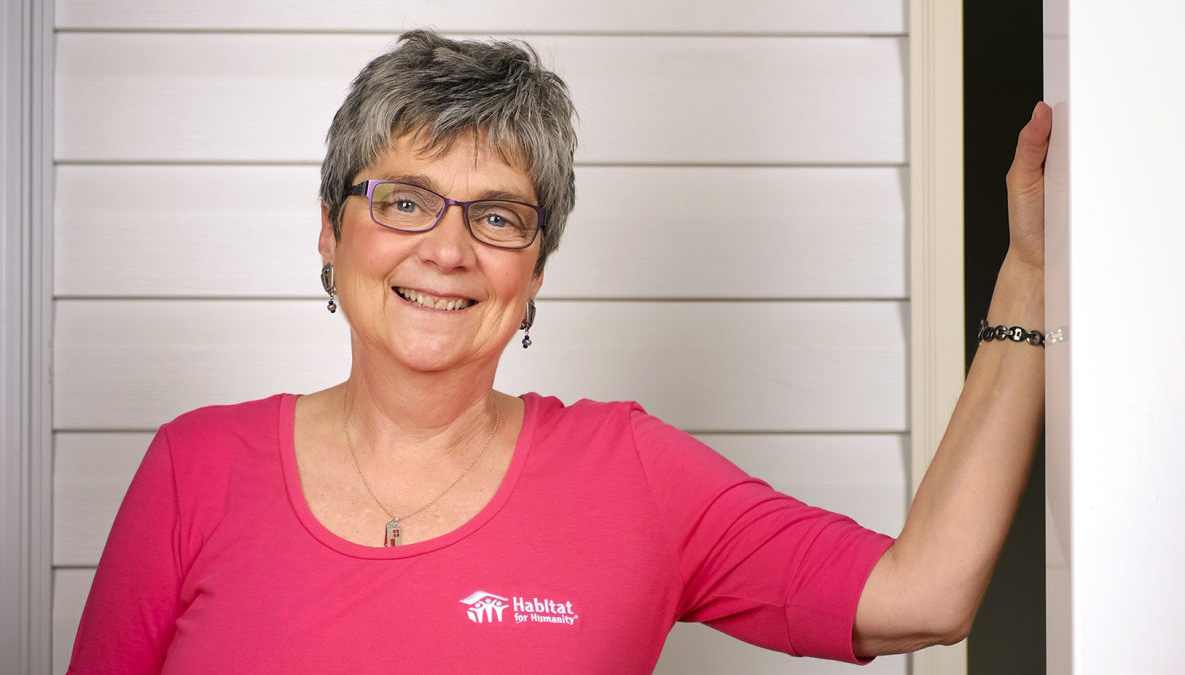 Sylvia Oberle was packing memories into boxes at her office on 14th Street on Friday, but she looked out the window to call attention to one of her best and brightest memories, one that won’t be going into a box.

“One of the things I like most about this office is that it looks out on the Boston-Thurmond neighborhood that we’ve worked in,” she said.

Transforming that neighborhood and others has been a major project for Habitat for Humanity of Forsyth County since Oberle came on board in 2006 as executive director and chief executive.

Last year, Habitat actually moved its main office into the neighborhood to demonstrate a commitment that goes beyond simply building houses.

Oberle, 64, retired on Saturday after 10 years in the top job at Habitat. When she came to the organization she was looking for a new direction to her life and for healing: Her son, Andrew Lane, a student at Appalachian State University, died in March of 2005 in a single-vehicle wreck.

“It was a horrible time,” she said. “I had to rethink what I was going to do with my life. It was necessary for getting through it all and working through it all. I often say that the Habitat job was a gift of grace to give me something very positive to focus on, to have a faith-based component, but also to be working with families who have hope. The whole underlying foundation of Habitat is hope.”

Helping others build hope and houses enabled Oberle to rebuild her own life, she said.

Oberle was born and reared in Knoxville, Tenn. Her dad worked for Western Electric and her mother was a piano teacher, but Oberle said she doesn’t play. (“Don’t try to take piano from your mother,” she advised.)

Aiming for a doctorate in history during her college years, she switched gears and turned to journalism because she wanted “to be more actively involved in things.” She had always been nosy, she said. She had kept up with the news since she was an eighth-grade student.

Oberle came to the Winston-Salem Journal in 1978 and went to work as the county government reporter. Six months later she became federal court reporter, and after three years at the Journal had become the first woman to hold the job of city editor at the paper.

By the early 1990s, she said, she was wanting to “roll up my sleeves and get involved with community issues.”

She took a course with Leadership Winston-Salem, a program that works to create community leaders and connect them with other leaders. In 1992 Oberle left her job at the Journal and wound up as senior vice president of James A. Fyock & Associates, a public relations firm.

Oberle went on to become a project coordinator for a U.S. Justice Department crime-reduction initiative from 1998 to 2000, and from 2001 to 2006 headed the Center for Community Safety at Winston-Salem State University.

Along the way, Oberle has been a consultant on community involvement in crime control, and has provided consulting services for educational, health-care, non-profit organizations and government agencies.

Patricia Caldwell, the president of the Boston-Thurmond Neighborhood Association, paused for a moment when asked to talk about Oberle’s role in transforming the neighborhood.

“Words can’t explain it,” she said. “She is above and beyond, and her leadership is superb. She has worked with the community and got their input. No decisions are made without the input of the community. She was very instrumental in a lot of things that have gone on in the neighborhood.”

Oberle said that within a few years of becoming Habitat director, the model for how Habitat focuses its efforts started changing. The realization came that the work involved more than just fixing up individual houses. It involved working on a whole neighborhood as well.

Oberle didn’t invent the concept, but said Habitat here was early to adopt the approach. In the Boston-Thurmond area, Habitat has built or renovated more than 120 houses. The new offices and warehouse in the neighborhood give Habitat the chance to teach homeowners how to save money by learning to do their own repairs on things like toilets and sinks.

“Habitat has always been a hand up, not a handout,” Oberle said. “For us to take our construction know-how and teach that, take that out to the community is very exciting.”

From her window, Oberle could also see the Jimmy Johnson Volunteer Lodge that is still under construction by Habitat volunteers. The lodge, named for a local homebuilder and Habitat supporter who died in 2004, will provide housing for high school and college students who come here through Habitat’s Collegiate Challenge program.

Young people can learn about devoting themselves to service in a way that can become “a life-changing experience,” she said. Since 2009, Habitat has taken teams to El Salvador and Nicaragua to build houses there.

“She established a real strong collaboration with the city of Winston-Salem as we work together to revitalize neighborhoods,” Joines said.

“She has a great vision for these neighborhoods and what it takes to get them turned around.”

Or, as Dee Washington put it, Oberle “sticks with something” when she gets going. Washington is program officer at Neighbors for Better Neighborhoods, another nonprofit that has worked with Habitat.

“She was always good at making sure there was a strong anchor that was resident-driven,” Washington said. “We have always worked closely together because creating a strong and lively community is more than just building houses.”

As she stepped down, Oberle shared thoughts on the future of the city’s effort to lift people from poverty.

“We have to look at investing in all neighborhoods in our community,” she said.

“We can’t ignore large segments of our community. I think that is what we have fallen into. It is not a malicious-type thing necessarily, but it is because there is only so much money to go around.”

Despite all the competing interests that make demands on the city’s pocketbook, Oberle said, “we can’t ignore poverty.”

Oberle said she likes to walk and read, and hopes to cultivate new hobbies in retirement. She will have more time to spend with her husband, Terry Oberle.

“I’ve been a boss non-stop for 35 years,” Oberle said. “And I’m ready to not be a boss any more. I’m ready to kind of getting back to rolling up my sleeves and doing things in the community.”

The path her life has taken feels natural, Oberle said, although she could never have predicted it.

“It seems right because it is related to being very involved in the community,” she said. “I love this town.

“I came here intending to be here about three years as a newspaper reporter and then going on to a different paper. I quickly became an editor and planted stakes here.”