Volunteers and Residents Come Together on Major Improvement Projects 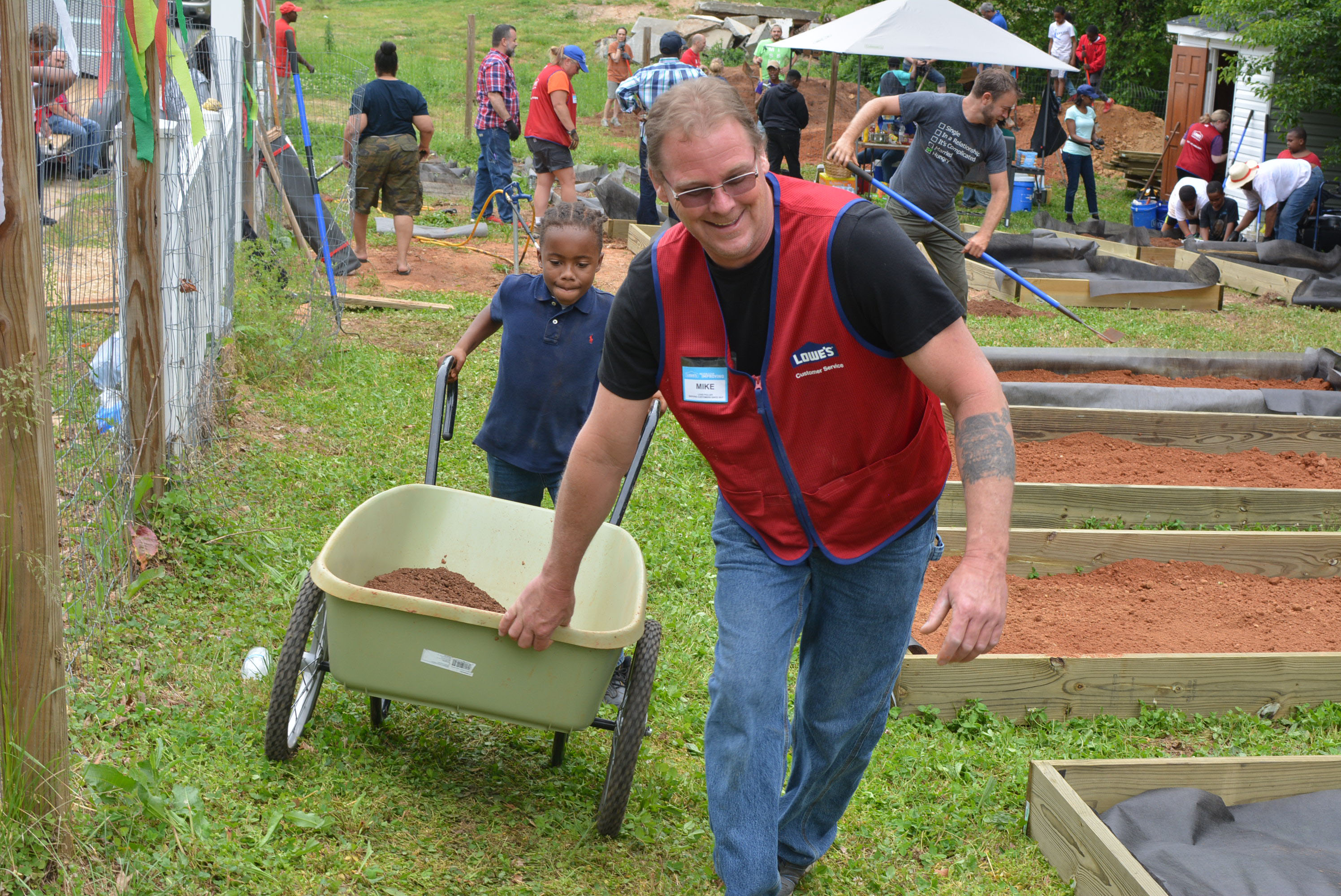 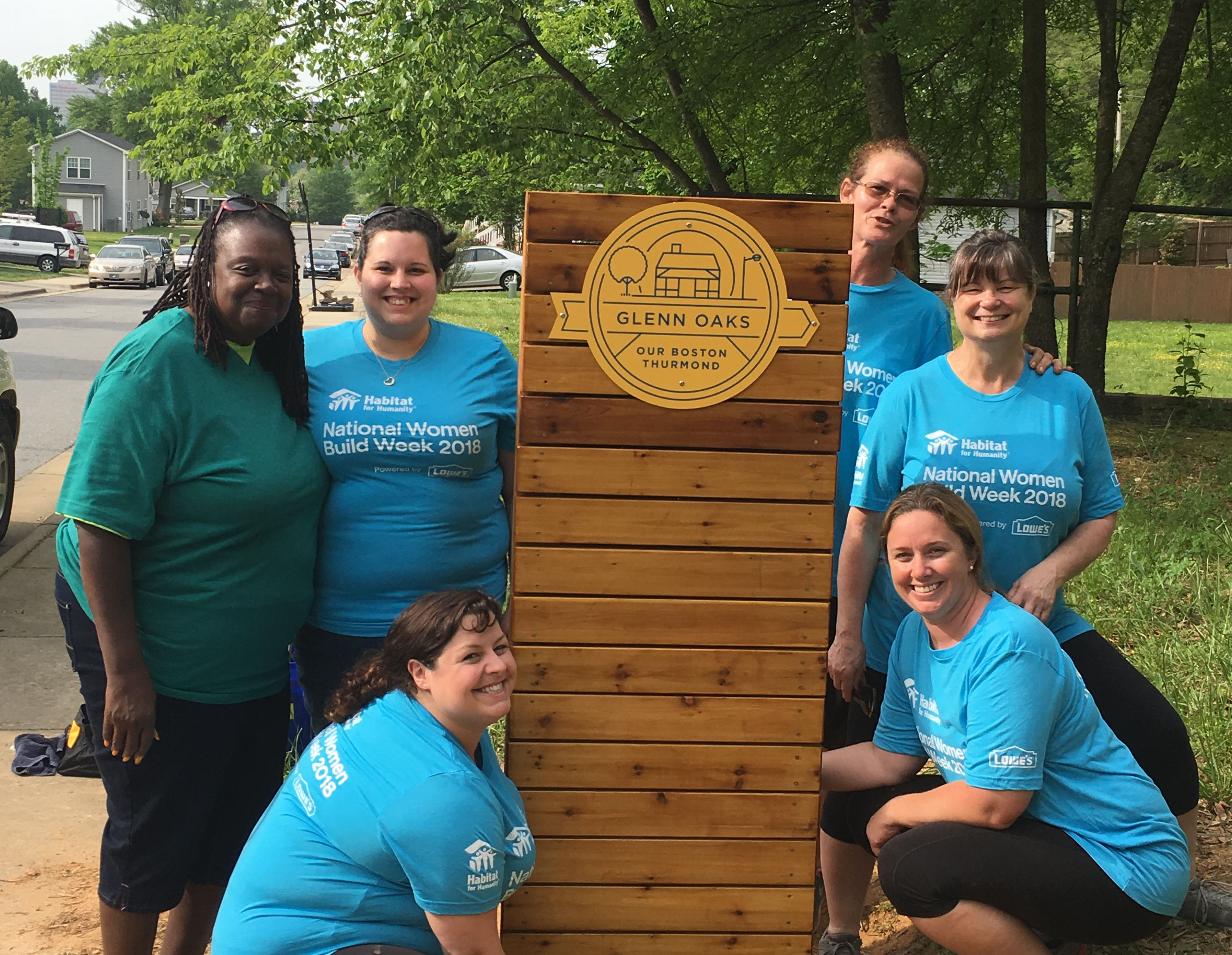 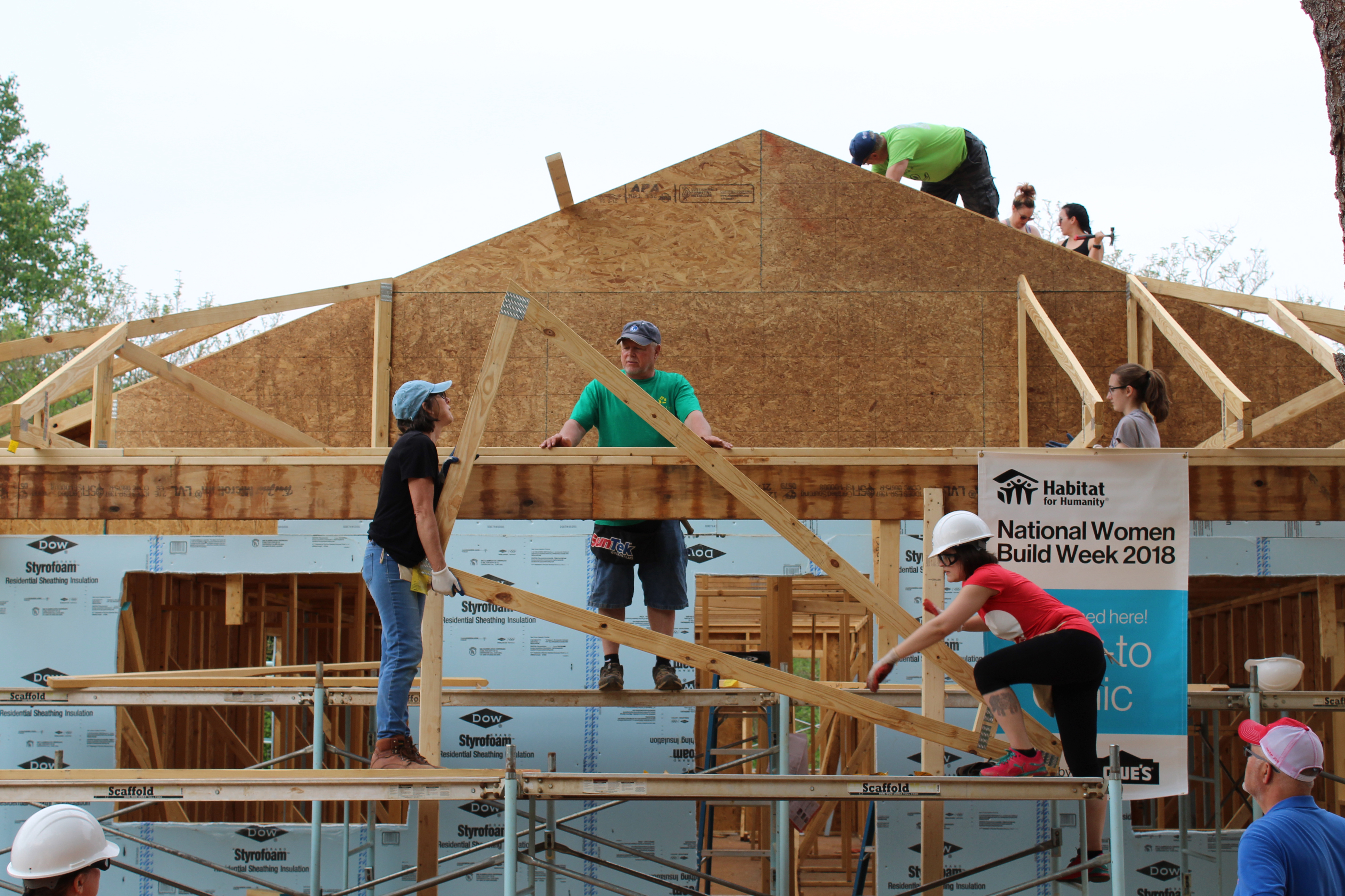 WINSTON-SALEM, NC — About 100 volunteers of all ages, including members of the Boston Thurmond Neighborhood Association and employees from local Lowe’s Home Improvement stores, came together May 5 to make tangible strides toward reviving two local communities.

In Boston Thurmond, the first of four planned “gateway” signs was erected at the corner of 13th Street and University Parkway. Volunteers, including students of Kimberley Park Elementary, built and filled 40 raised wooden beds in the Kimberley Park Garden at Cherry and 17th streets. In addition, two of six planned “community action boards” were installed on which residents will post news and flyers about events happening in the neighborhood.

Meanwhile, about 50 women volunteers spent their Saturday building on two new Habitat houses on Ansonia Street in Bowen Park. That effort was part of Lowe’s National Women Build Week, which was held May 5-13.

All of the projects were made possible in large part by funding from Lowe’s. A $70,000 “catalytic” grant paid for the creation of new logos and branding for Boston Thurmond and the four neighborhoods it encompasses – Kimberley Park, Old Cherry Street, Glenn Oaks and Neal Place – as well as for materials for the signage and garden.

Lowe’s catalytic grants are intended to help communities execute goals their residents have set for themselves. The Boston Thurmond neighborhood was chosen because of its published “Our Boston Thurmond” neighborhood plan, which was the result of a survey of 200 families in 2016.

“We found that most of the residents did not know the history of the Boston Thurmond community, and did not see themselves as part of it,” said Pat Caldwell, president of the BTNA. “They were more likely to identify with the immediate areas they live in, and that is why we incorporated the four neighborhoods in the signage for the entire Boston Thurmond area.”

Caldwell, who has lived in Boston Thurmond all her life, was among the residents who gave input that inspired the new logos, which feature a “Boston cottage,” a tree, and a street light.

In the 1950s, she and other youth spent much time outdoors walking to the many small businesses in the thriving neighborhood, she recalled. “You might be out all day, but when the street lights came on, you knew you needed to be back home,” she said. “The name Boston comes from the Boston cottages, the style of architecture we had throughout the neighborhood.”

At the Women Build site, volunteers accomplished a great deal on two Habitat houses. “Habitat’s Women Build program recruits, educates and inspires women to build, and advocate for decent and affordable houses in their communities across the globe,” said Pam Anglin, Habitat’s director for resource development. “On May 5, I got to witness more than 50 women working all day long on framing, wrapping the homes in blue board, placing roof trusses, and laying the roofing plywood to get the home dried in. Placing roof trusses by hand and not by machinery is an impressive thing to watch anytime, but watching these women do it truly proved that women can do anything!”

“We are so grateful to Lowe’s for their generous support in our community and around the U.S.,” said Habitat Executive Director Mike Campbell. “Through this program, we are able to improve conditions in neighborhoods help build strength, stability and self-reliance in communities.”