Habitat for Humanity to become a Homeowner 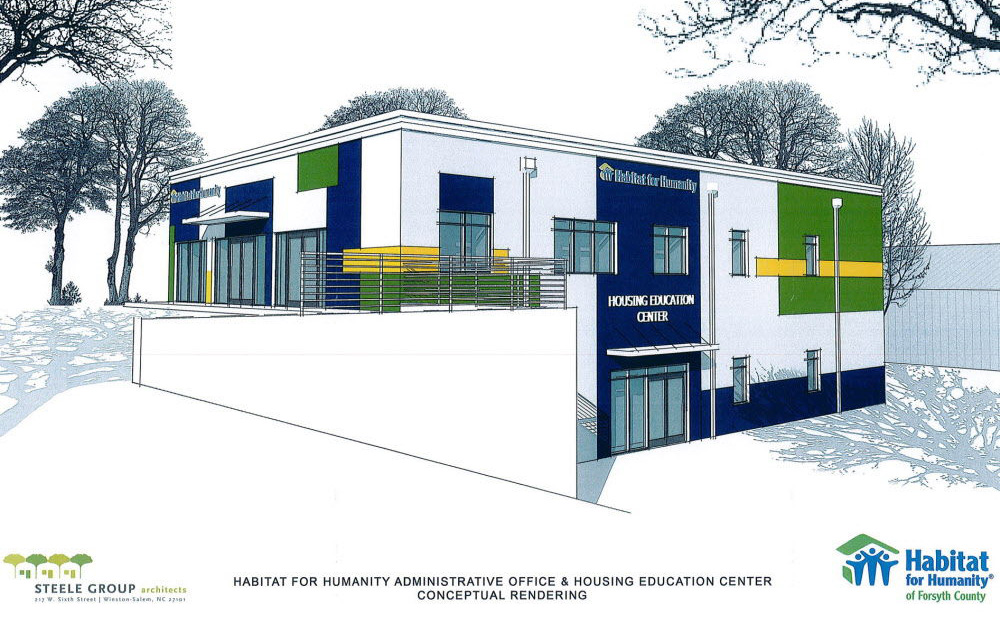 Habitat for Humanity of Forsyth County has found a new home off University Parkway.

The nonprofit organization is buying the Contract Office Furnishings Inc. building and warehouse at 1023 W. 14th St. from Capital Bank and expects to close on the deal Sept. 30. The bank acquired the property on May 29, 2013.

The new space is not far from Habitat’s new ReStore building, which opened this year on Coliseum Drive.

Habitat is also buying two small lots in the back of the property from the City of Winston-Salem. The lots and the office furnishings site will give the organization a nearly 2-acre combined property.

In July, the Winston-Salem City Council approved $35,000 for the project from the Old Cherry redevelopment funds. The money will be used on infrastructure such as sidewalks and fencing, Oberle said.

“We will be improving the façade along Cherry Street with some nice fencing,” Oberle said. “So overall, it will be a nice gateway into that particular neighborhood.”

Habitat will renovate the office-furnishings buildings that consist of an 8,000-square-foot office building and a 12,000-square-foot warehouse. The organization’s overall investment in the project will be about $1 million, including renovations and the purchase of the properties.

“We have been renting our space through the years,” Oberle said. “This is the first time that we’ve had our own space that we are investing in.”

Oberle said that by buying and renovating the property, Habitat would be paying less each month than it currently pays in rent.

“It’s a perfect place for us to move the rest of our operations, close to the ReStore and also in a centrally located area,” she said.

Funds for the project were made possible partly by individual donations, some grants and bank financing.

Proceeds from the ReStore will continue to go towards Habitat’s missions, Oberle said.

The new location will enable Habitat to focus more on and expand its educational services. The organization’s new office building will also include a housing education center.

Oberle said that Habitat will be able to educate people about being better homeowners, partly through its financial literacy-education program.

Through programs at the warehouse and housing training center, homeowners will be able to do hands-on-training to learn how to maintain their homes.

“In the last few years, as we’ve gotten into neighborhood revitalization — repairing and renovating homes like we do now — we have learned that many of the things we have to do to some of the houses in communities and in neighborhoods where we work could have been fixed much earlier and less costly if people knew better how to do their own repairs,” Oberle said.

The hands-on-training, a new service for the local Habitat, will be available to other low-income families in the community, not just Habitat homeowners. Topics will include how to repair leaky faucets, how to pressure wash a house and how to change a furnace filter.

The move means that Habitat will be investing in neighborhoods where it has built more than 100 homes — the Boston-Thurmond, Cherry Street and Kimberly Park area.

“We think it’s important for us to be located in neighborhoods where we serve and to have a presence in the neighborhoods that we serve,” Oberle said.

Oberle expects renovations to last three months and the move-in date to be in February.

Tom Trollinger, the majority owner of Contract Office Furnishings, said he no longer needs a large office, showroom and warehouse because he outsources many of his functions, including installation.

He plans to be out of the buildings by Oct. 3 and will move to smaller space on Hanes Mill Road.

He has started closing-out his inventory and will hold an auction and yard sale starting at 9 a.m. Saturday.