Families Reflect on their Homeownership 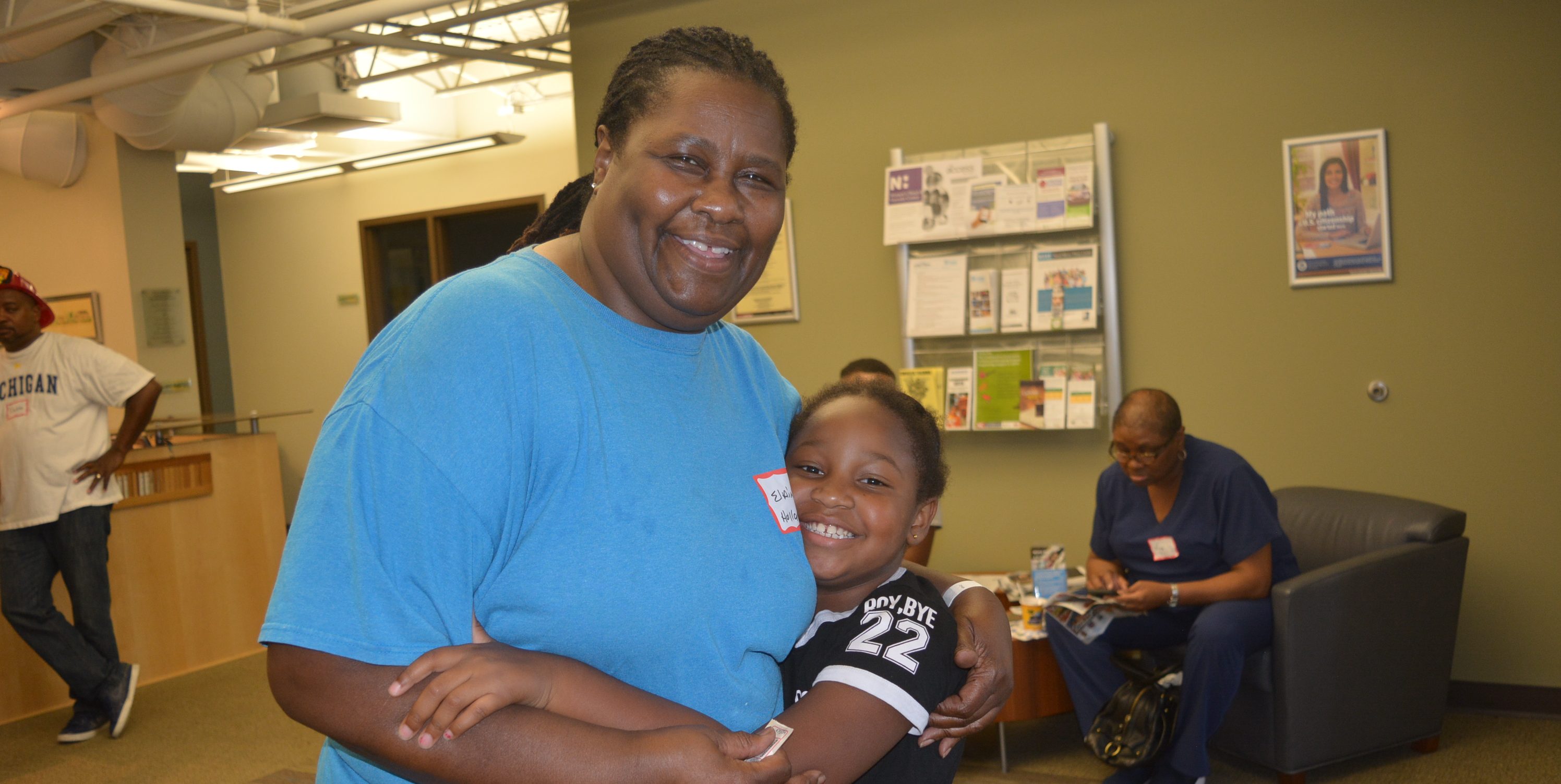 About 75 Habitat for Humanity of Forsyth County homeowners gathered on July 27 for the first Habitat family reunion since 2008. The group included some who received their Habitat more than 25 years ago and others who have been in their homes only a few months. All came together to enjoy hot dogs and popcorn, games, and simply reconnecting and reminiscing.

Since its founding in 1985, Habitat Forsyth has helped 384 families like Elaine Holland’s experience the strength, stability and self-reliance of owning a home of their own. Families accepted into the Habitat program complete 300 to 400 volunteer hours, mostly by helping build others’ homes and helping to build their own, before they can purchase their own homes. Their monthly payments on 20-to-30-year interest-free mortgages enable Habitat to build more homes.

Although Holland has been in her home for only two years, her spiritual journey as a Habitat homeowner began nearly 11 years before that, she said at the reunion. She loves to tell the story of how, in early 2004, a friend gave her a flier about the Habitat for Humanity program.  She placed it in her Bible to mark her favorite verse – Isaiah 60:1: “Arise, shine, for your light has come, and the glory of the Lord rises upon you.”

Her friend said she believed it might be time for Holland to become a homeowner. But Holland concluded that the time was not yet right. Her credit had been ruined after her husband had unexpectedly walked out on the family, leaving her to raise their four children alone.

But she held on to the flier. It was still in her Bible, in September 2014, when she finally applied and was accepted into the Habitat program.

Holland, who now shares her Habitat home with her daughter and granddaughter, encourages others to apply to Habitat. “It’s hard work, and there are going to be challenges and you may feel like giving up, but it is so worth it in the end to own your own home.”

Habitat’s impact does not stop once the family is settled into their new home.  Statistics show that children who grow up in a Habitat home fare better in school and are more likely to go on to college than the children of families who are renting substandard housing, said Mike Campbell, Habitat’s executive director.

During the reunion, homeowners had a chance to meet Campbell, who became executive director in July 2016 after serving as president and CEO of Habitat for Humanity of South Palm Beach County, Florida.

“I am always amazed at how Habitat for Humanity families succeed when given an opportunity,” Campbell said. “During the reunion, 15 of 23 families I talked with stated that they had children who successfully completed high school and have gone on to college.”

LaToya Williams Johnson is also making sure her son, 15-year-old JaQuan Williams, will be successful in owning a home of his own one day. Johnson, who has been in her home since 2002, has attended some of Habitat’s home maintenance and repair workshops, which are open to Habitat homeowners and the general public.

“JaQuan appreciates his home and is learning how to take care of it, because this is ours to keep,” Johnson said. “We’ve learned how to paint walls and fix plumbing, and we just remodeled our house! We did a new backsplash in the kitchen and put in a new ceiling fan and some flooring. We stained our cabinets and put new handles on them – all from the Habitat ReStore, and thanks to those classes.”

For more information about Habitat homeownership, home maintenance classes, and opportunities for volunteering or donating, call 336-765-8854.

This story was originally posted by the Winston-Salem Chronicle August 10, 2017.